A friend of mine from high school, Ashley Baum North, posted this on her timeline the other day and it was very touching, I could definitely relate.  Thanks for sharing Ashley!

I was listening to Joel Osteen the other day…I really love his stories. He talked about something that I really loved and I Thought of a few certain friends that I know would enjoy/ or need to read this. Then I realized that EVERYONE can relate to this. No matter your struggle and whether you are religious or not, doesn’t matter.

He was talking about going through difficulties and struggles. Wondering why a certain bad things happened. Loss of jobs, loss of relationships, Loss of hope, Loss of health, Loss of life. It’s just unfair the terrible things people go through. But it’s impossible to get through life unscathed…for anyone. In his talk, Joel described a time he visited a community in the aftermath of a hurricane. Houses were destroyed. Power lines were down. Trees were uprooted and broken to pieces. Giant oaks, the tallest pine trees, magnolias, maples, everything. But he noticed one kind of tree were all still standing. The palm tree.
He asked someone how the palm trees survived the storm. A person knowledgeable about the palm told him that palm trees are designed to bend so they don’t break. When the storms come, palm trees can bend an amazing amount, even to the point of being horizontal to the ground! But they don’t break.
During the storm, you might look at the palm tree flattened against the ground and think that it’s down. A lot of the time, these trees remain this way through hours and hours of hurricane force winds. But when the storm passes, the palm tree stands upright again.
Although it seems like putting a tree through this would weaken it, making it more susceptible to breaking in the next storm, Scientists have found that while the tree is bent, its root system is literally strengthening itself. It was designed to bend, and designed to strengthen itself! When the tree stands again, it is actually stronger than it was before the storm. It literally comes out of a storm better and stronger than it ever was before.
We live in a world where storms hit. Most of the storms that affect us the worst are impossible to avoid. Sometimes the storms are difficult or impossible to explain, accept, or understand. Sometimes it seems so intense that we feel hopeless to make it through. But we are made like the palm tree, able to withstand even the most difficult storms. No matter how impossible or hopeless things may seem, when the storm is over, we are able to recover and stand upright again, time and time again. Whether the storm is short and knocks us over for a few, or seems to go on and on and on. Like the palm, you can and will stand back up again. Not only will you stand upright, but that storm will strengthen you while it puts you through hell, and when it passes and you stand, you will be even stronger than before.

Just a few pictures below from June 3rd, 2014.  Cayden and I made an after school/work trip to the beach.  Enjoy ❤ #pinkforcadybug 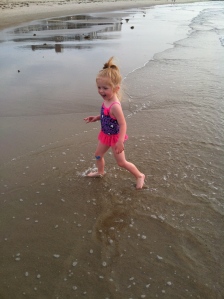 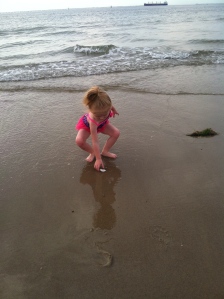 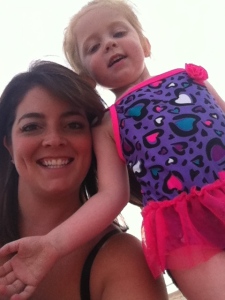 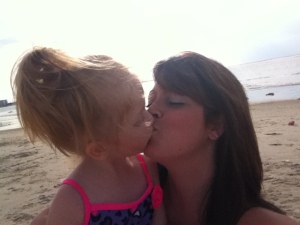 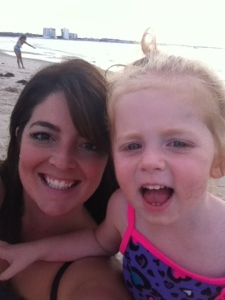